The Pleasant Banks of the Nhieu Loc

Although one of the best places to drink, eat, exercise and relax in this city, the streets and walkways of the Nhieu Loc - Thi Nghe Canal are surprisingly devoid of tourists. A great example of a how a city can revitalize itself, the canal and surrounding areas are more popular than ever with those living local and it’s now something they can enjoy and be truly proud of.

Completed in 2012, the Nhieu Loc - Thi Nghe Canal overhaul was a massive project that set the benchmark for future renovation works for the rest of the city’s ancient and often polluted canals. Funded by the World Bank, it’s Vietnam’s most expensive public works project to date which included the huge task of relocating almost 7000 families who had been living along the former ‘Black Water River’. 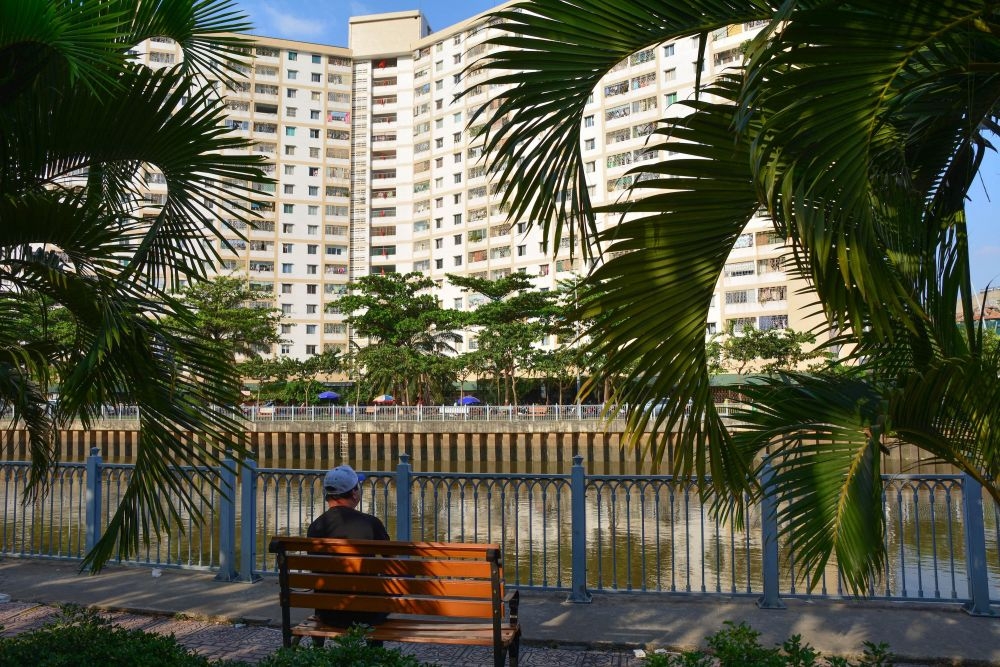 For 8 km's through the heart of Saigon, the streets of Hoang Sa and Truong Sa beat with life from predawn to the latest hours of the night. Running alongside the canal, they twist and turn past several well-known landmarks as it meanders its way through five of the city’s inner districts. Perhaps the easiest way to navigate your way around the city, these streets have few traffic lights and dodge under some of the Saigon’s busiest arterial roads in what can be described as somewhat of a ‘ride to awaken the soul’.

The mood changes along the Nhieu Loc - Thi Nghe Canal depending on the time of day you’re there. Early morning is exercise and coffee time as you share the banks with a sea of commuters, many of who will randomly stop off at one of the dozens of roadside stalls for a quick and tasty breakfast.

As the sun gets higher in the sky, it becomes a little quieter though a delicious and cheap rice lunch (Com binh dan. Cơm = Rice) can be found at a number of different shops that are seemingly placed at regular intervals along the lengthy watercourse. Remember, it’s coffee o’clock pretty much any time of day in Vietnam and there’s almost always an open café within a short walk along the canal. 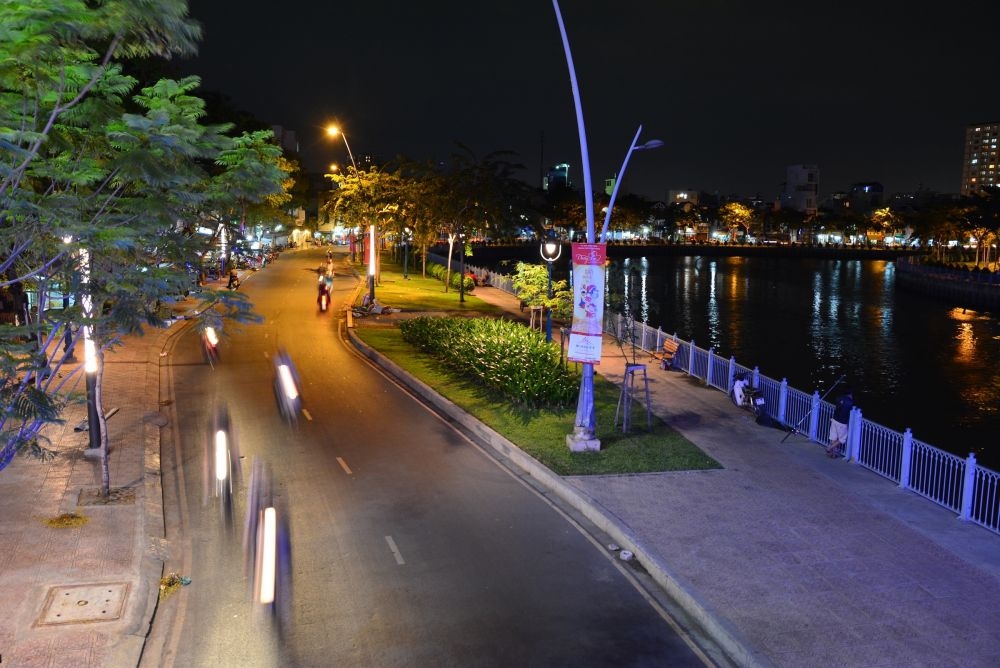 As darkness descends on glistening waters, the fishermen come out to try their luck, so do the walkers and makeshift Tai Chi classes. Mothers and grandmothers bring their young children out of the stuffy alleys to the breezes found on the wide pathways that line the avenue, overlooked by small leafy trees.

As scores of colleagues, friends and families get hungry they opt for one of the ever increasing number of popular hot pot and grilled meat restaurants like the popular Bamboo Restaurant or Ty Gau where you’ll hear the regular screams of “Mot, hai, ba. Yo!”, as groups of men clink their beer glasses together, at the shops lining the canal here.

In the past few years the busiest of the 24 bridges spanning the canal have been either completely rebuilt of received massive renovations. At night the Kieu Bridge (end of Hai Ba Trung Street) and Le Van Sy bridges are lit up bright with colored neons and the European styled streetlamps along the banks are reveal a different side to the city. 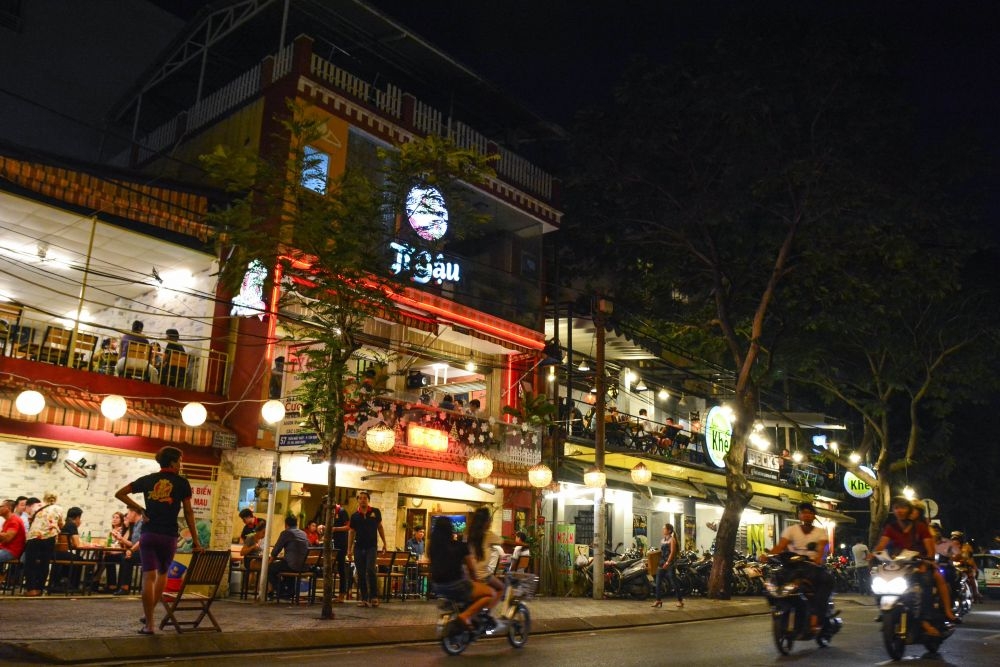 As you sip your “Ca phe sua da” or have that final swig of a refreshing 333, with squinted eyes you could almost be mistaken for thinking you were beside the canals in Venice or the Seine in Paris with bridges (like the one crossing at Dinh Tien Hoang Street) albeit with a few more motorbikes buzzing about.

After dark the streets lining the canal is the place to be seen, especially for the city’s ‘big bike’ riders, so pick your pew with the expectation of some entertainment in the form of an impromptu motorcade.

Some other notable sights along the canal include the Saigon Zoo and Botanical Gardens, the famous Vinh Nghiem Pagoda and the small, but stunningly graceful Phap Hoa Pagoda. At time of writing this article Saigon Boat Tours had just been given the green light for running trips along the canal between the Zoo and near Le Van Sy Bridge, which offer a fascinating and relaxing way to view the vibrant life surrounding of one of this city’s greatest features. 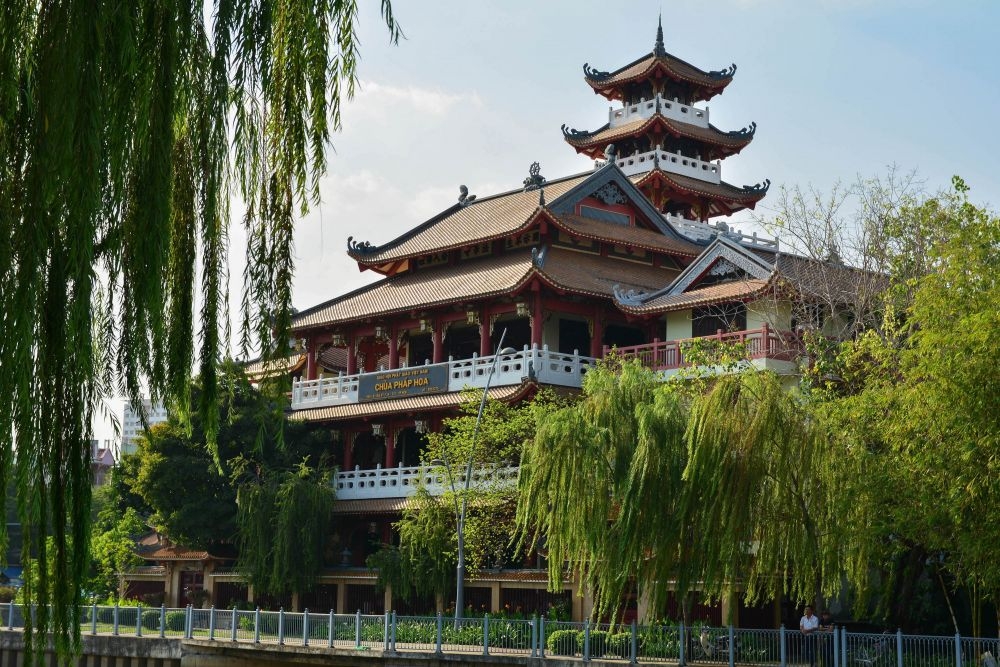