The year was 1858 and after the French defeated Nguyen Dynasty forces in Danang, the French would soon spread their power across the entire region. During the late 1800s Saigon became the capital of the southern region of Cochinchina and quickly became a hub of colonial culture and commerce. Many buildings still remain from the years of occupation till 1954.

Questionable progress continues to force many of the smaller and less exquisite buildings to disappear to rubble under the powerful strike of a wrecking ball but many have also been restored to grandeur. Contrary to what some visitors may think, few people view them as reminders of repressive colonialism. 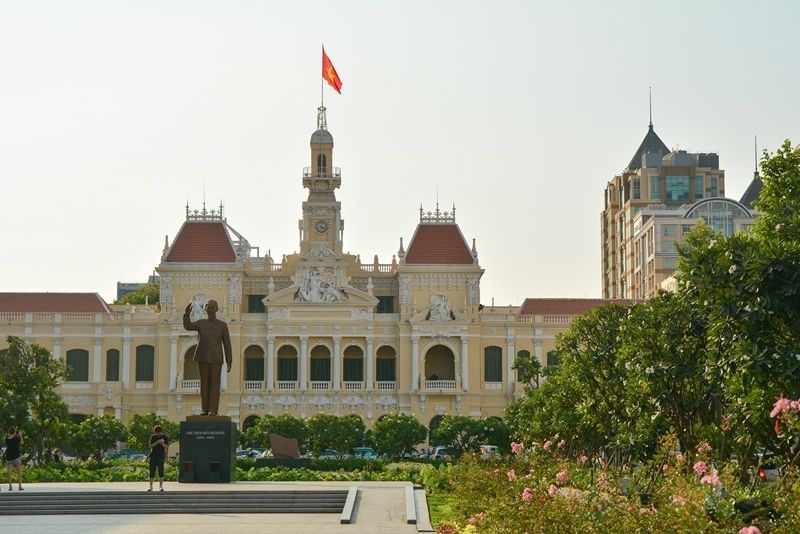 Completed in 1891, the Central Post Office is a grand example of gothic and renaissance influenced architecture. Recently renovated, it bears a lovely new paint job in the original bright yellow hue.

Once you move inside, the decorations are just as ornate as the facade and a huge arched roof curve down towards two large hand painted maps showing old Saigon city and the former south-eastern area of Indochina. These were original decorations.

For all intents and purposes, it’s still a fully functioning post office with helpful English speaking staff, a range of quirky and reasonably priced souvenirs as well as a half a dozen international phone boxes.

Entirely built by 100% French imported materials, Notre Dame Cathedral is one of Saigon most popular attractions and still remains in regular use by local worshippers. Compared to its namesake in Paris, don’t expect anything as ornate, though this building has a certain charm to it.

There is a small garden out the front which seems to be where all the pigeons in Saigon regularly gather around the statue of Mary (who caused traffic chaos in 2005 as she reportedly shed a tear down her cheek).

Built in 1880, it’s long overdue for some maintenance and major renovations are earmarked for the future. Unfortunately, this might mean the thousands of newlyweds that come here for photos may need to find another beautifully golden-bricked and historic building as a backdrop.

Local tip: The church and the post office are beside each other. Visit them independently before 8am for a bit more atmosphere. 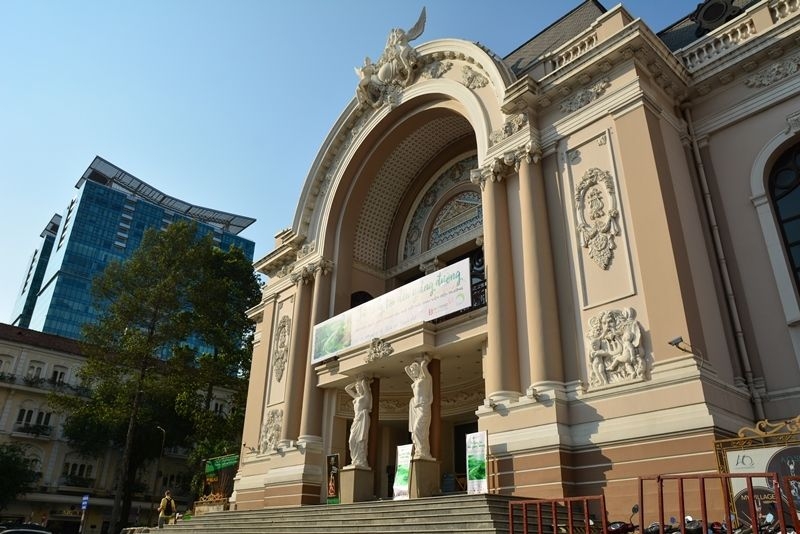 Proudly sitting at the high end of the newly renovated Nguyen Hue Boulevard is the People’s Committee building of Ho Chi Minh City. Also referred to as City Hall, it was built at the turn of the 20th century and is a true beauty.

Unfortunately, the building is still officially used by officials and so remains guarded and off limits for tourists, though unlike other government buildings in Vietnam photos of the outside are allowed.

As darkness descends the building becomes extra pretty and the vast pedestrian only zone that stretches down to the Saigon River becomes a much cooler place to be.

Overlooking a large junction on the French colony’s most elegant street, the Municipal Theatre is perhaps modern day Saigon’s most ornate buildings. Inaugurated in 1897, the architect and artists probably had little idea their work of art would be later used as a shelter for French civilians escaping after the defeat at Dien Bien Phu in ’54. Nor did they likely envision it would become a seat of the lower house of parliament.

The building has had as many uses as the façade has had facelifts and these days you’re more likely to see the exciting and cultural AO Show, than an opera. The inside seating area is in great order, magnificently palatial and full of character - it seems little has changed since it was built. 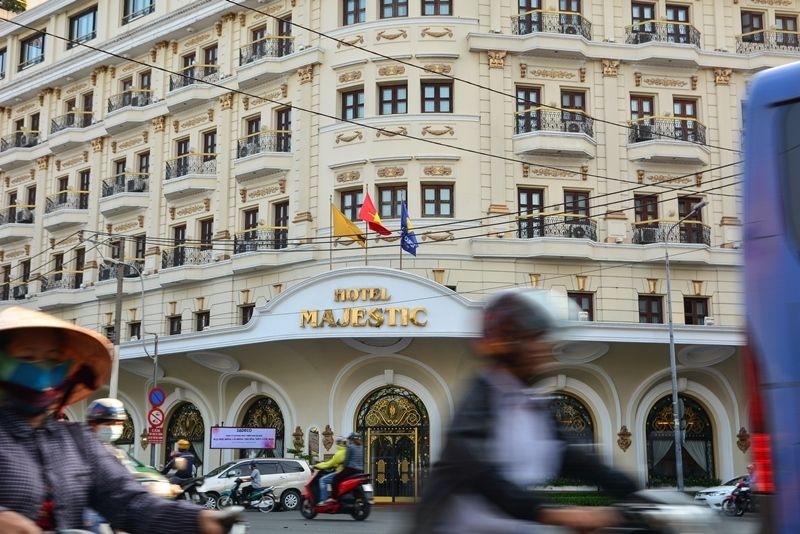 While it overlooks the banks of the Saigon River, the famous Majestic Hotel wouldn’t look out of place if it were in downtown Paris. Built in 1925, it’s a six story, 5 star masterpiece, is one of the oldest hotels in Saigon and is as close as you can sleep to the busy river.

The buildings most unique feature is the large arched roof that comes out from the hotel and over the sidewalk. Gold detailing adorns the entire building and individual balconies while the large arched windows on the ground floor allow a good view (either in or out) of the grand lobby and dining area.

Made famous by the book and film “The Quiet American”, it has been the center of social and political discussion during darker days and was a place where journalists, correspondents, politicians and businessmen would regularly meet. Located beside the Municipal Theatre, it retains its original shape and charm and is the oldest hotel remaining in the city.

One highlight of French architecture is the Phuong Nam Mansion which was recently purchased for the tidy sum of US$35million!

Very little is known of this privately owned colonial building though it was built between the years 1915 and 1925 by a wealthy Vietnamese gem dealer and is one of the city’s largest residences. You can’t enter the building or the grounds but it’s worth a visit to view the beautiful structure.

Local tip: This mansion is found in District 3 which is without a doubt the best district to wander around if you want to stumble across some hidden gems of spectacular French architecture. Another highlight is the awesome Archbishop's Palace. 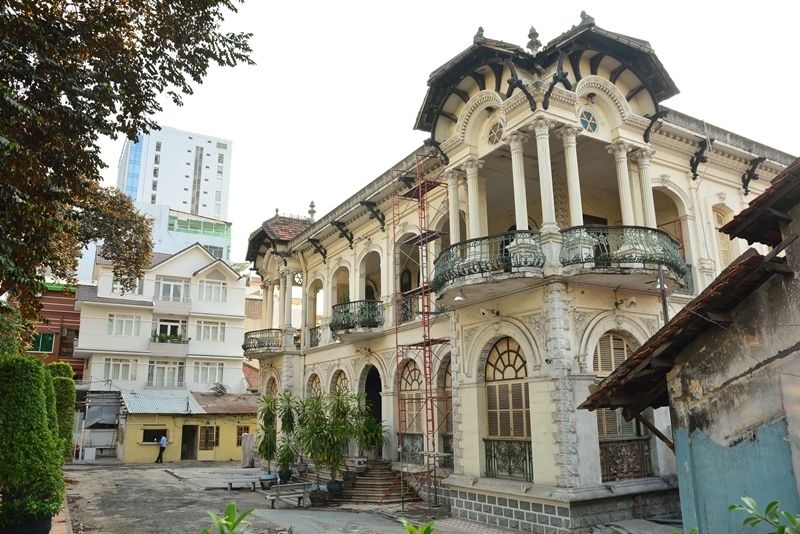