Discover one of Saigon's most captivating colonial-era buildings

The building which now houses Ho Chi Minh City Museum is impressive to say the least. Originally intended to be a museum, it was supposed to showcase Southern Vietnam’s trade, products, goods and natural resources. When the Governor of Cochin-China saw the completed mansion in 1890, I guess he thought it was just too grand and decided it would be better suited for his own personal residence. It would become the home to a succession of French Colonial Governors for the next 50 years or so.

This spectacular building has since been one of Ho Chi Minh City’s most sought after and has had several different uses and ‘owners’ over the years. The year 1945 was a tumultuous one in which it would change hands five times between French, Japanese, North Vietnamese, Southern Vietnamese and British ownership.  From 1966 to 1975 it was the Supreme Court of South Vietnam, after that it was the Revolutionary Museum and it’s been home to the Ho Chi Minh City Museum since 1999. 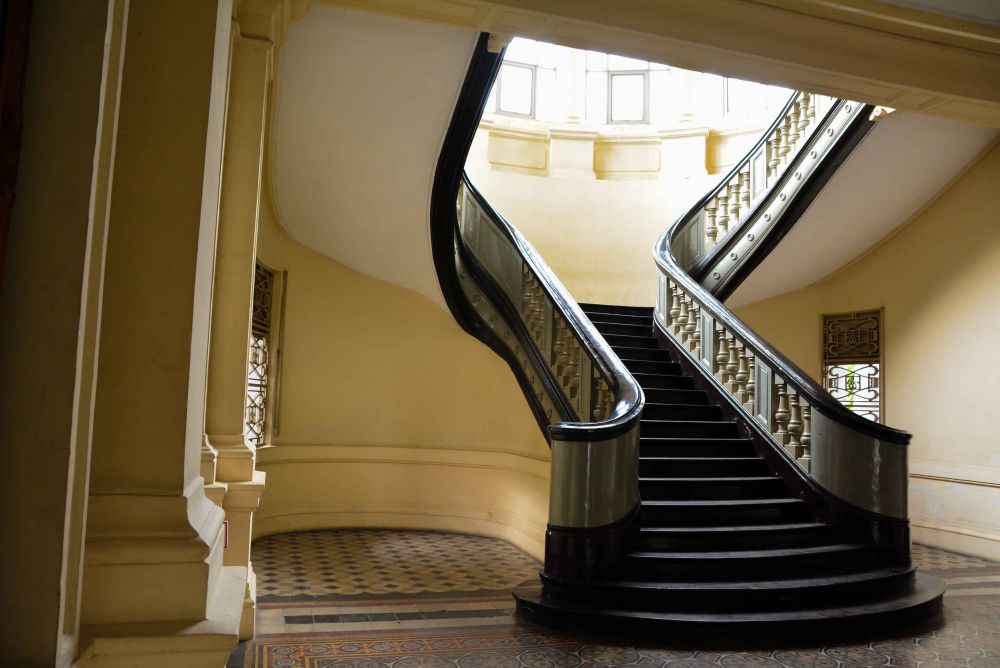 Upon paying your entry fee you’ll wander past the iconic black Citroen and up the grand old driveway where you’ll find yourself gazing at some of the city’s most imposing and historical doors. Stand back a bit and admire the buildings huge windows and venetian blinds which beautifully contrast the eye-catching grotesques and towering columns that wrap around the entire structure. Its exquisite baroque inspired architecture helps make it one of the city’s most captivating buildings and I believe a must-see on any visit to Saigon.

Once inside you’ll find four distinct wings coming off the grandiose central hall which features lofty ceilings, ornate plaster work and an equally dramatic central staircase. This hall often displays special photographic exhibits of anything from city life to national heroes and Ho Chi Minh City’s relationships with others around the world. This French colonial building is actually one of the most popular spots in town for soon-to-be brides and grooms to get pre-wedding photos, so keep your eye out for some glamorous looking couples! 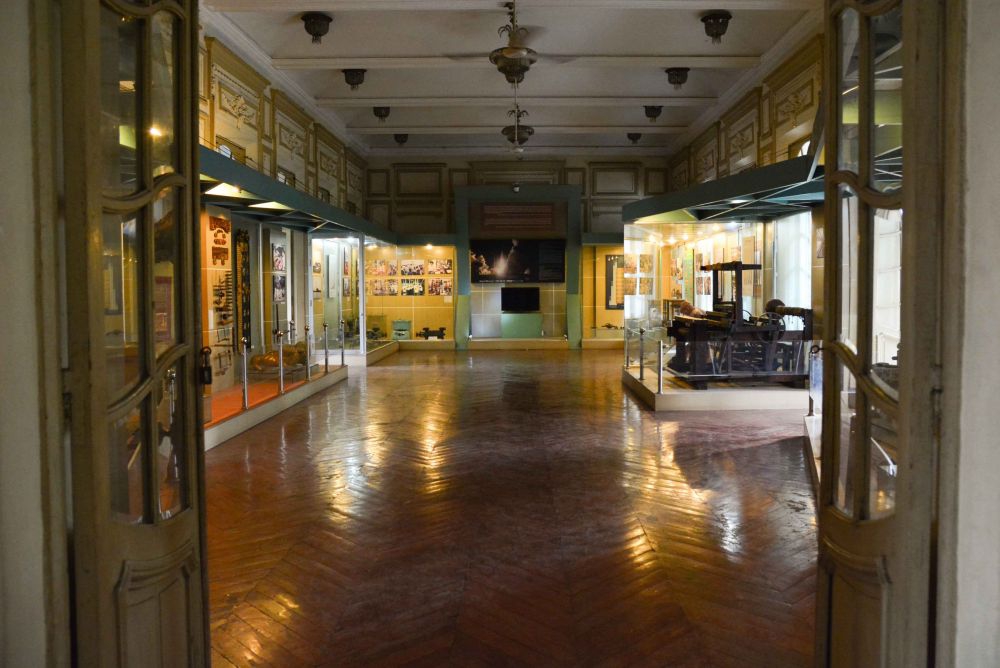 The ground level of the museum focuses on industries and trades that helped build this wonderful city. Old maps and archeological artifacts tell a story of times past when bronze-casting and earthenware were the bread and butter of many of the city’s workers. Beside these are displays showcasing some handicrafts like weaving shoe repair while another room has a vivid collection of traditional dresses and clothes of Vietnam. The opposite wing speaks a little about nature, archeology and of more modern endeavors like commercial trade and services that further developed this bustling metropolis and helps shape a vision for the city’s future.

Heading upstairs you’ll find even more fascinating relics and stories from Ho Chi Minh City’s past but this section focuses more on the people’s resistance and struggle for independence against the French colonials during the years 1930-1954. All displays in the Revolutionary Museum are well laid out with comprehensive information in Vietnamese and English.

After educating yourself about this beautiful place, don’t be in too much of a hurry to leave as there’s plenty more to see within the museum’s grounds. 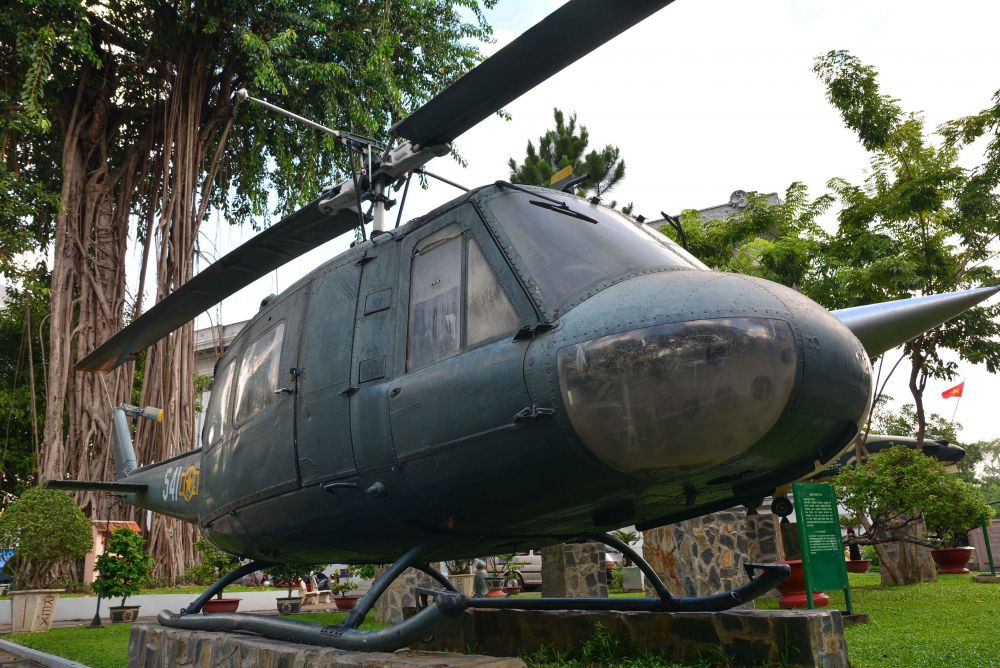 During the Vietnam War this palace would also briefly become the headquarters of the Republic of Vietnam (South Vietnam). After the original Unification Palace was bombed, President Ngo Dinh Diem moved his offices into this building which had previously been re-named “Gia Long Palace”. He soon ordered a bomb shelter and fortified escape tunnels to be built and you can visit a small and eerie section of these which will eventually lead you to the lush flowerbeds outside.

While walking around the beautifully landscape gardens you’ll find a small collection on vehicles which were used during the war by national heroes, travelling about the countryside and fighting for independence. Around the other side of the building are a few American jet fighters, a HU-1 ‘Huey’ helicopter and a North Vietnamese tank. It’s an interesting experience as you can get up close and personal beside these vehicles and even wander beneath the planes which are perched high off the ground.

In my opinion this is one of the best but actually one of the less frequented museums in Saigon. The narratives and exhibits inside help tourists and locals alike to gain an understanding of how Saigon began, its people’s struggles and an insight into the even brighter future they face together. 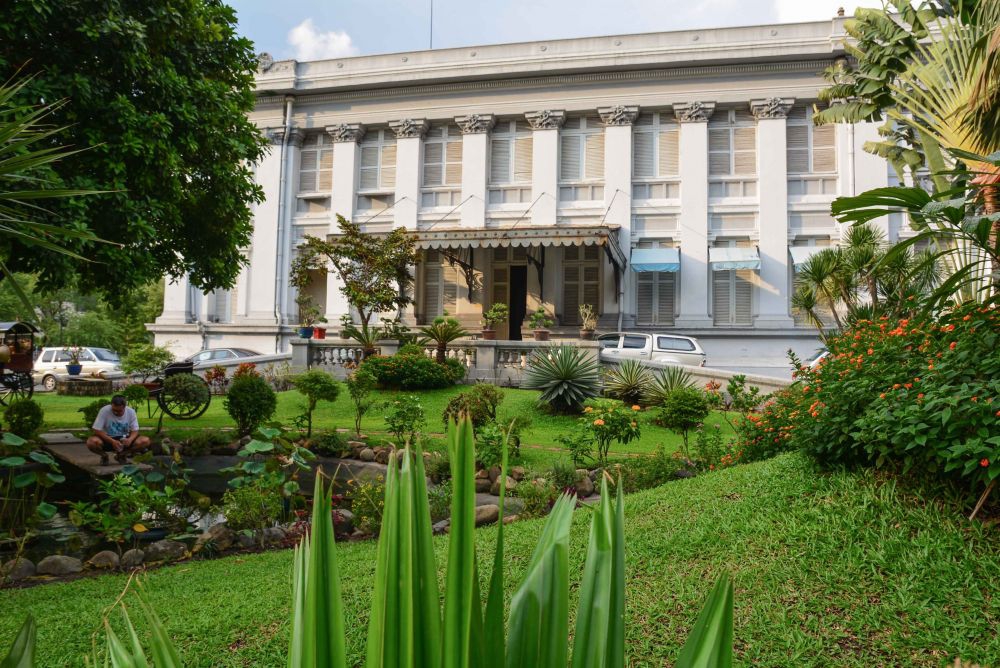