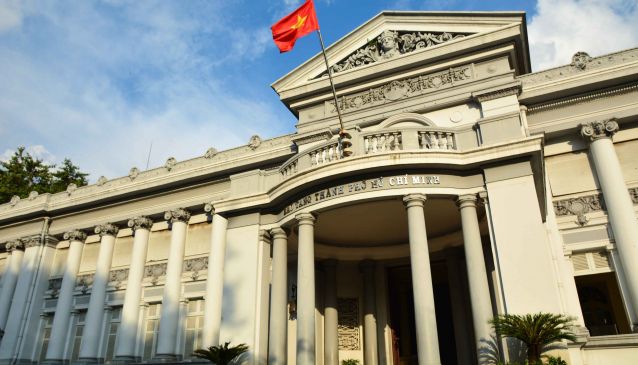 The Ho Chi Minh City Museum is located in the center of Ho Chi Minh City on Ly Tu Trong not too far from Ben Thanh Market.  The museum is a beautiful old colonial and impressive building with a long fascinating history.

The museum tells the story of the city through archaeological artifacts, ceramics, old city maps and displays on the marriage traditions of its various ethnicities. It also contains displays and artifacts regarding important periods of communist history in Vietnam.