Along with its burgeoning economy, Vietnam’s middle class has also expanded, and the subsequent desire for the western style and conveniences of shopping malls has followed. While fewer bargains are found in the air conditioned consumer havens, they have large ranges of brand name products, friendly and approachable staff and scrumptious offerings in their popular food courts.

Whilst there are a number of new and old department stores scattered throughout the city, such as Now Zone, Lottemart and Diamond Plaza, I’m going to introduce you to some of the city’s biggest and most popular shopping malls.

All prices are fixed in shopping malls, so don’t embarrass yourself by trying to bargain!

Vincom B, as it is commonly referred to, is Saigon’s largest shopping mall with over 250 shops. Located underground, beneath the spectacular Vincom Centre, it’s not to be confused with the nearby luxurious Vincom A mall on Dong Khoi Steet. Vincom B, on Ly Tu Trong Street, is much more frequented with locals and tourists alike – it must have something to do with the amazing food court in the basement which is without a doubt Saigon’s greatest!

Most shops here are your higher end brands and labels, so don’t expect to find a bargain, though there is a good range of watches, perfume, clothing, footwear and is an easy space to navigate thanks to the central stack of escalators. 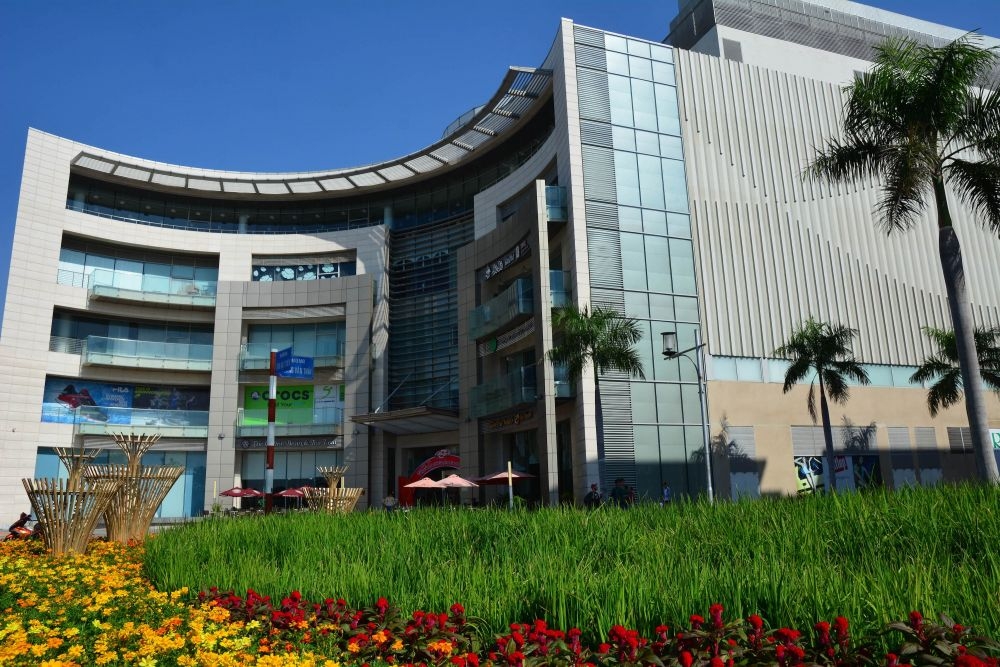 Probably the most popular mall outside the center of Saigon, Crescent Mall is where you’ll find more upmarket western brands at prices to match. A vast range of goods, clothing and accessories can be found here - it’s just not a good place to shop if you’re a little money conscious.

Located south of Saigon in the upper class Phu My Hung neighborhood, Crescent Mall is most well-known for it’s bustling night life around the edges of the nearby picturesque lake. It’s here where you’ll find a good range of restaurants and the romantic and much adored ‘Starlight Bridge’ adjacent to a large and pleasant park - always busy after sunset and worth a visit.

There are a few café chains and places to eat but what this mall really lacks is a decent food court and they have an annoying system where everything you order must be pre-paid for and loaded onto a purchase card. Venture just outside the back of the center to the lake for better eating options.

A few kilometers down the road from Crescent Mall, Vivo City was opened in mid-2015 and is one of Saigon’s newest malls. Singaporean developed, it’s rectangular in shape, spread over four levels and like most of the city’s malls it’s quite small inside – far from a labyrinth – but this only adds to the appeal. Brands and shops are not as luxurious and things seem more affordable here than some of the city’s other malls.

Parking your motorbike or car here is free and the mall houses District 7’s best food court, an English Language Centre, an unbelievable play area and water park to tire out the kiddies. Conveniently located beside is a rooftop ‘beer club’ for the Dads to get a little drowsy themselves. Vivo City seems to have almost everyone catered for! 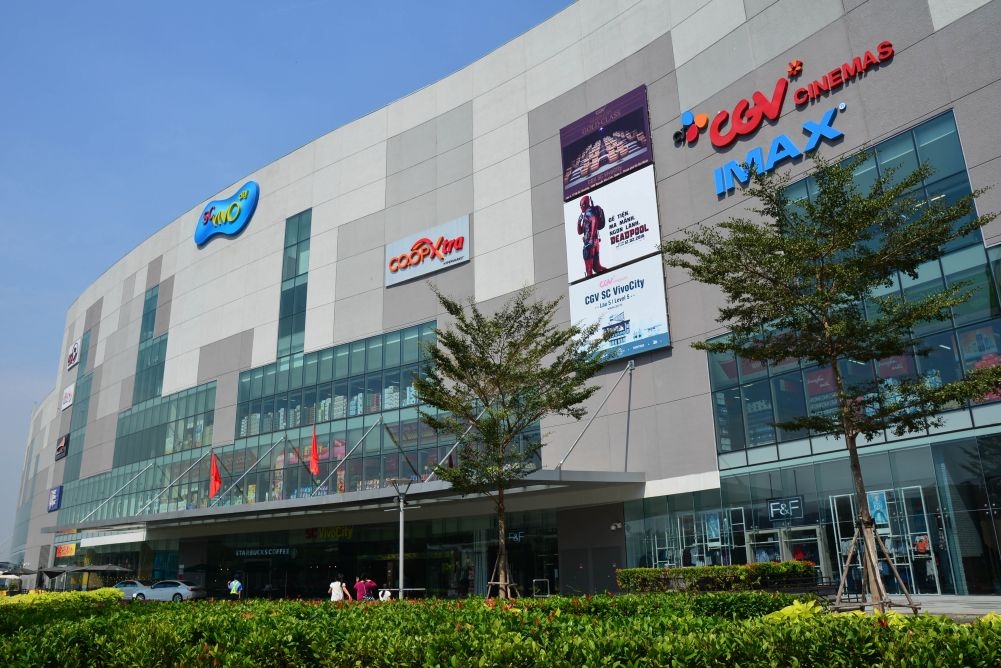 About a 25-30 minute taxi trip from Saigon’s District 1, AEON Mall is not frequented much by visitors to the city, though it couldn’t be more popular with locals. Opened in 2014 by a leading Japanese retailer, it proudly boasts of the “friendly, enthusiastic and helpful staff attitudes” which along with the “Japanese-oriented hospitality, AEON Mall Tan Phu Celadon will always meet the satisfaction of all guests for their happiness and smiles”.

For most locals living in this north-western area of a city, AEON mall is a grand novelty and most visitors here are keen window shoppers who come to experience the cool climate and the always glistening tiles and glass that make up this palatial structure.

Come nightfall crowds descend on the ground floor food court which is usually pretty busy with visiting families - It’s not huge, though there is a huge range of delicious and cheap eats as well as other chain restaurants.

AEON Tan Phu Celadon is a pleasant and spacious mall with large walkways and a good mix of both luxury and regular consumer goods. Actually, the best thing about this place is that it showcases a number of Japanese brands and stores not easily found anywhere else in Saigon. Like Vivo City in District 7, it also houses a cinema and English language center. 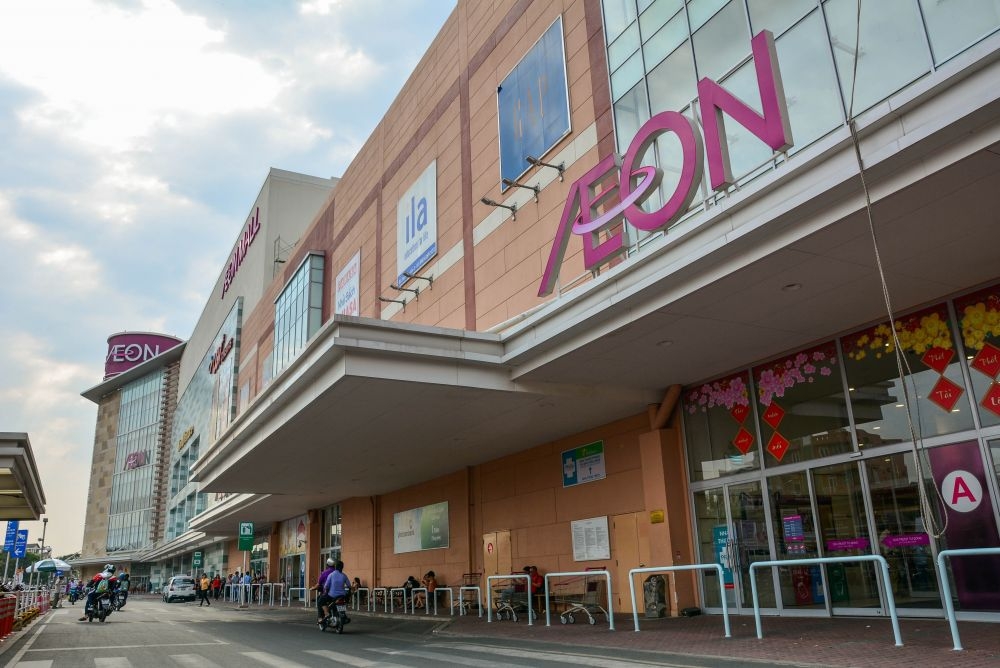 Officially opened in December 2015, Vincom Mega Mall is located in one of the city’s mainly expat populated suburbs. Easily accessible by bus from Saigon’s central bus station opposite Ben Thanh Market, it’s located right next to the city’s first metro line due to open by 2020.

It’s not a huge mall, surprisingly small considering  the use of the word ‘mega’ in the title, but it’s pleasant and seemingly empty – there doesn’t seem to be a great deal of shopping going on - great for stress free browsing! The biggest draw card for this mall is that it’s the only place where you can go ice skating in Saigon and the rink’s been packed since opening.

Cosmetics take up almost the entire ground floor while the biggest store is a Thai chain store by the name of Index Living Mall. Well worth a wander, this seemingly Asian version of Ikea is spread over 3 floors and takes up almost the entire eastern wing of the building. Upstairs you’ll find a small and fairly standard food court.

Saigon’s shopping malls are peaceful and clean air-conditioned refuges from the tropical heat and humidity. Although the malls here are not exactly regarded as spectacular and somewhat predictable, they cater to a variety of shoppers from high-end to low budget. 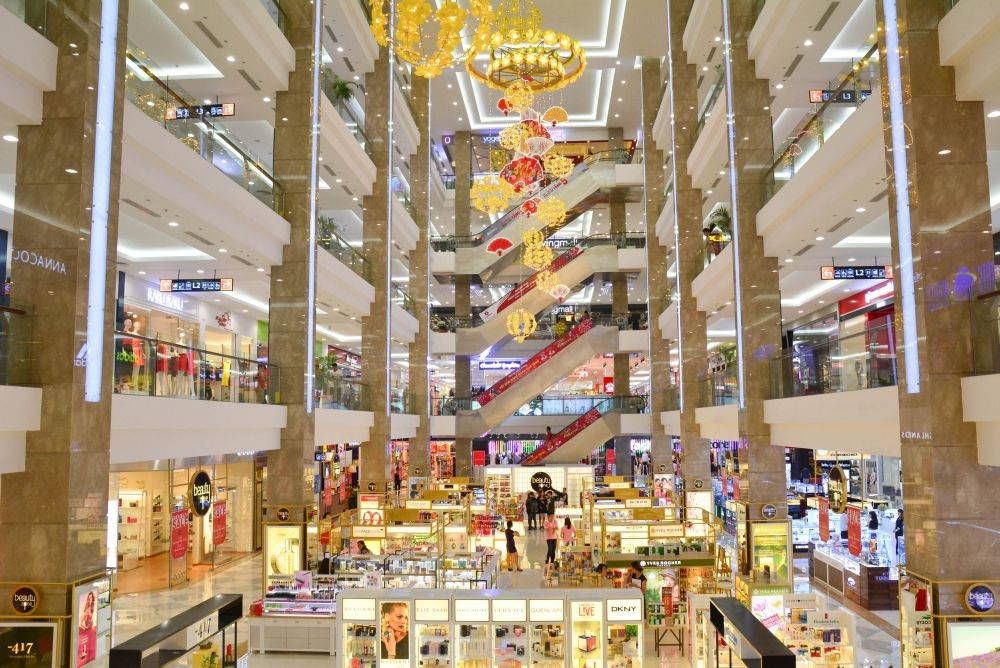