Face your fears and embrace the adrenaline rush of canyoning the pristine mountains of Da Lat!

For the Tet holiday, or Lunar New Year, some of the My Guide Vietnam Team (MDV) headed up to Da Lat to enjoy some beautiful mountain air and extreme outdoor sports! Da Lat has a number of things to do for the outdoor enthusiasts like enjoying flower gardens, golfing, mountain biking, cruising around Xuan Huong Lake on a swan-shaped paddle boat, and canyoning! MDV chose to go canyoning because it seemed to be the most extreme! 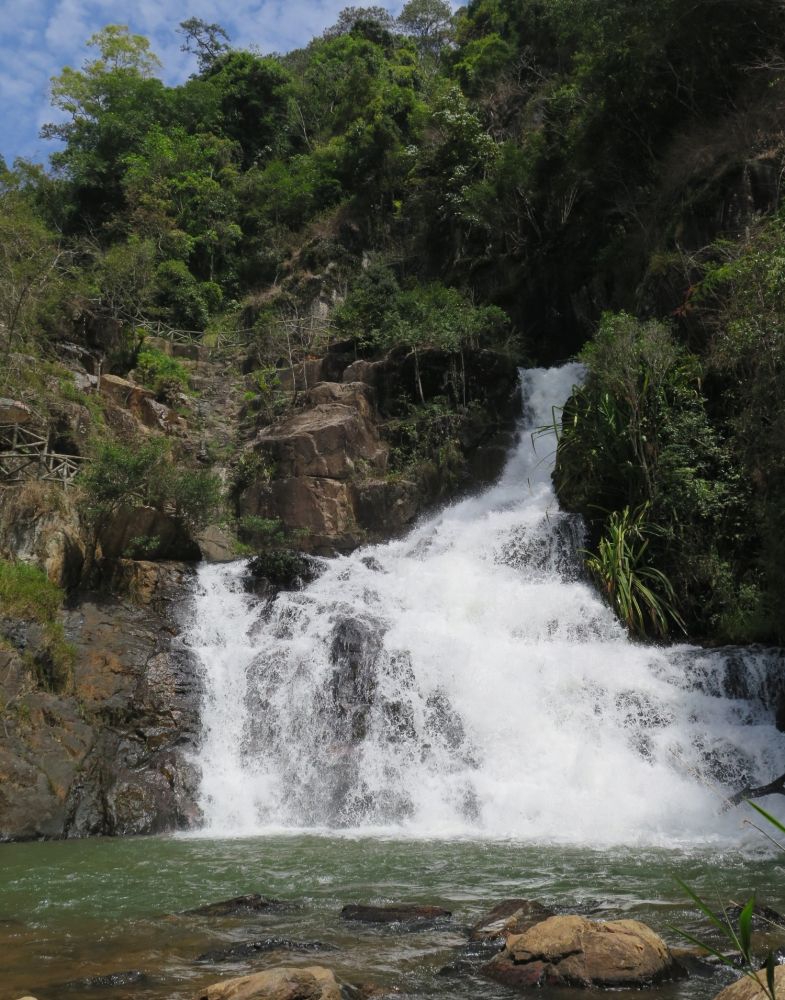 On the day of the canyoning expedition we arrived at the centrally located office of Viet Challenge Tours at 7:30 AM for an 8:00 AM departure to Datanla Falls. The company offers hotel pick up, but we decided this was easier so that we could get some breakfast first. It was a short 15 minute drive to the falls to join people from other hotels. The first item of the day was 45 minutes of thorough training before getting near the falls. The guides speak great English as well, which was comforting for this adrenaline pumping day!

The first abseil, or rappel, was down an 18 meter rock face into water below. There were two guides at the top that coached each person on their form and held the safety rope, one cameraman, and another guide to help as we got closer to the bottom. Once everyone was down the group made its way to the bottom of the next waterfall for a small 3 meter rock jump into the water to take pictures.

The first abseil, or rappel, was down an 18 meter rock face into water below. There were two guides at the top that coached each person on their form and held the safety rope, one cameraman, and another guide to help as we got closer to the bottom. Once everyone was down the group made its way to the bottom of the next waterfall for a small 3 meter rock jump into the water to take pictures.

After swimming for a few minutes we continued down river to a fun water slide, then to abseil a 16 meter dry cliff, and then a second water slide down the river! At this point everyone had worked up quite an appetite so lunch was more than welcome. Viet Challenge Tours provided fresh fruit, baguettes, cheese, sandwich meat, vegetables, crackers, and plenty of water. There was enough for second and third helpings! Lunch was about an hour long so everyone had time to fully dry off and rest before the biggest waterfall of them all. 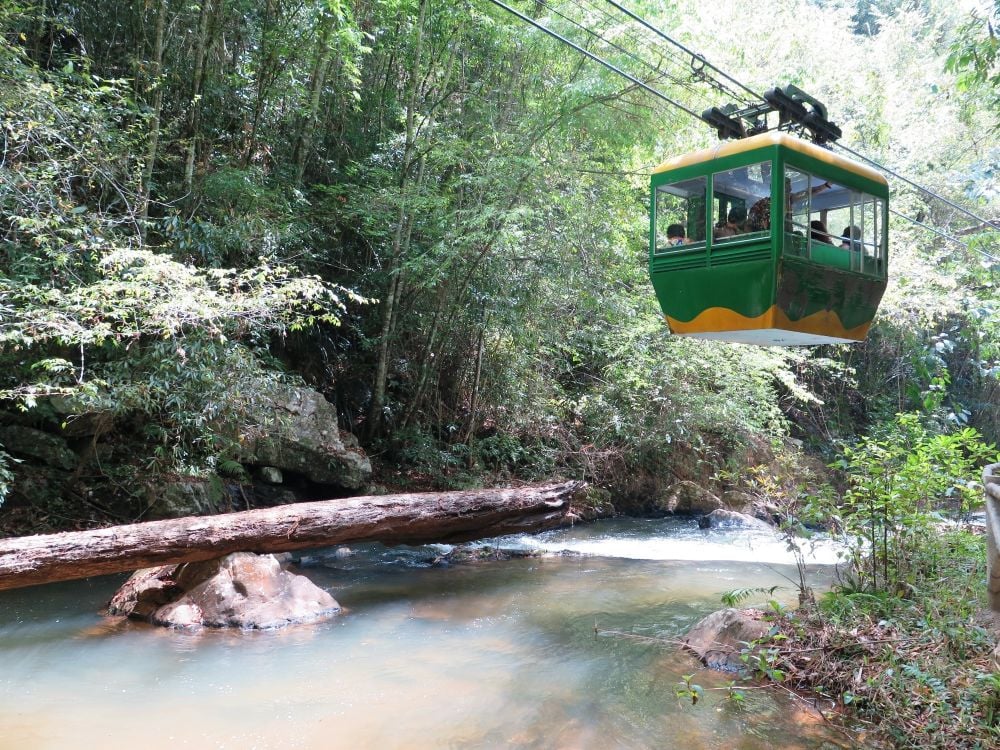 After lunch we began our descent down river to the top of a 25 meter waterfall. The guides instructed us to remove our shoes for better grip on the rocks. The guides explained that we should keep our feet as close to the rock as possible because the fiercely rushing water could easily make us lose our footing! As we slowly abseiled down the face of this waterfall, we were coached every step of the way to make sure we were being safe. The most intense moment was once we got under the waterfall, about 5 meters from the base, the rope ended and the guide at the bottom yelled â1, 2, 3, JUMP!â We leapt off the face of the rock, let go of our rope, and fell backwards into the water below. The cameraman was there to take pictures and once your heart stops pounding, it is a great feeling to relax and watch the rest of the canyoners descend the waterfall. 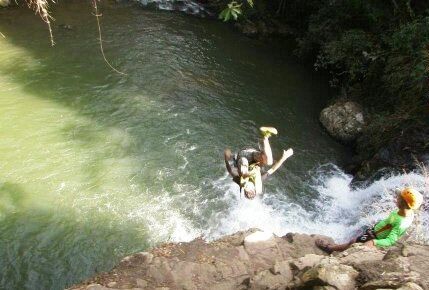 Believe it or not, the day was not over after that climactic event! The next activity in the day was a free jump off an 11 and 7 meter cliff into the bottom of another waterfall. For this jump, there was no rope attached, but you do wear a life preserver. The guides jumped off this one as well and even dove off the 7 meter cliff in tandem with one of the MDV team members! We canât say enough about how accommodating the staff was!

Last but not least was the âwashing machine,â a 16 meter descent and was regarded as the most difficult one of the day. It gets its name from the fact that many people get spun around by the waterfall as they descend. For much of the descent you do not have any footing on the rock face due to the angle of the rock and the water splashing on your head. Once safely at the bottom, everyone begins a 20 minute hike uphill to the van for transport back to the hotels.

All in all this was a rigorous day and it left us with a great sense of accomplishment. Most people had never done anything like this before, but it required a fair amount of bravery! The staff was with us to clearly communicate at all times and safety was the top priority. If this sounds like something you are interested in, donât hesitate because it was everything they described it to be and more! Canyoning is great for team building, families with teenagers, or for solo travelers as the group of like-minded canyoners become friends over the course of the day.

Da Lat is a 7 hour bus ride northeast of Ho Chi Minh City and 2.5 hours southwest of Nha Trang. We highly recommend you include a visit here, whether youâre traveling north to south or vice versa; itâs quite convenient to get to via the many bus options. 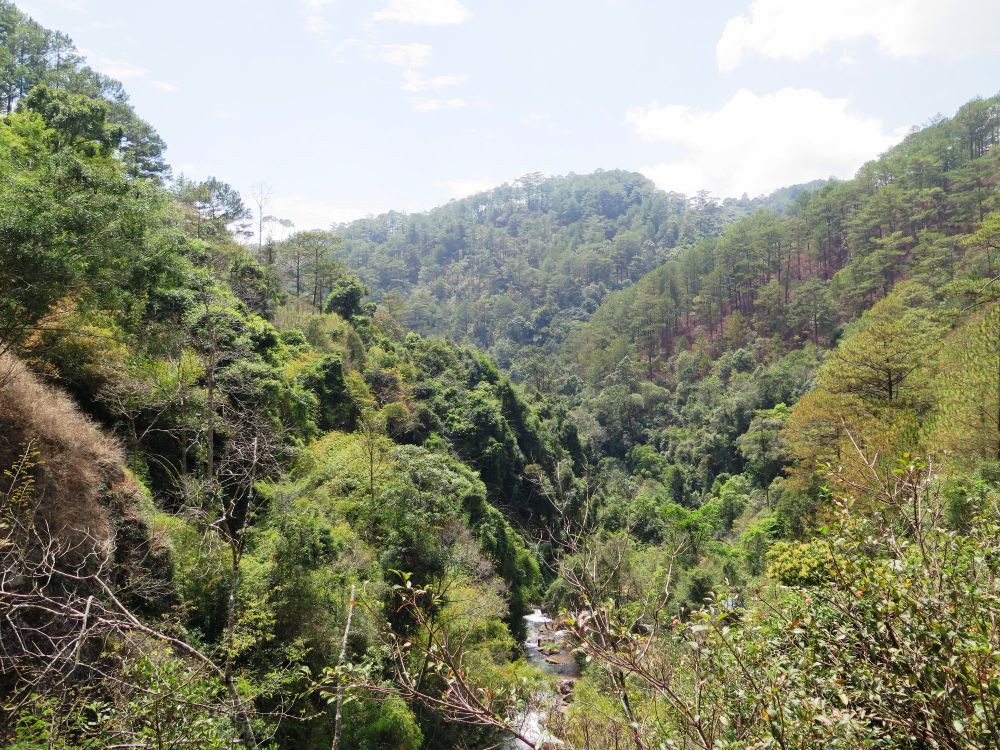