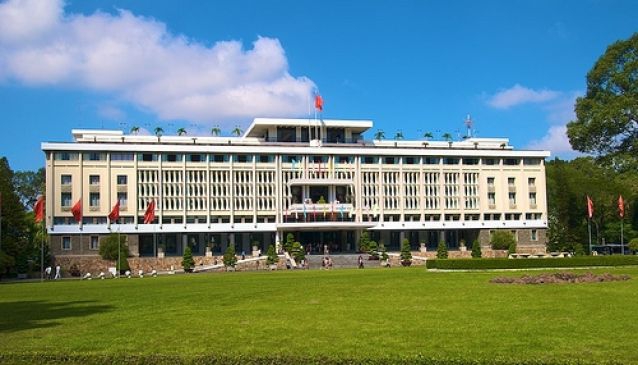 The Reunification Palace is located in the middle of the city and is surrounded by walls. Inside the walls you will find the palace and its massive garden around it. In the garden you can see the two tanks that were the first to run through the fence in 1975.

On the ground floor of the palace there are meeting rooms on display. On the second floor you will find reception rooms and living quarters and from the roof you have a nice view of the Le Duan Boulevard with a park on each side. On the roof you will also see the spot where the airplane, located in the garden, threw its bombs with exact precision. The basement is an impressive display of the telecommunication center and war rooms.

The first communist tank ran through the fence on the morning of April 30th, 1975 and was photographed by journalists. This ended the Vietnam War.