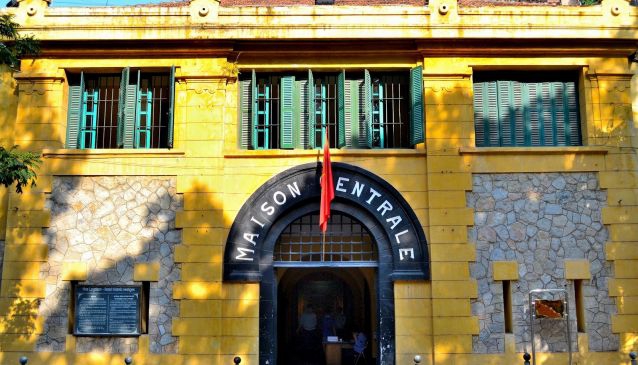 Are you a business owner in Vietnam?

Promote your business 365 days a year with the #1 Guide to Vietnam.

Hoa Lo Prison Museum, the largest of the French Indochinese prisons, is a vast complex built by the French in 1896. Originally this site was intended to house around 450 inmates, though records indicate that by the 1930s there were close to 2000 prisoners inside. Most exhibits demonstrate the suffering of Vietnamese revolutionary martyrs before 1954, during the French war. There are also some displays focusing on the Americans during the American War.

Still, the prison is absolutely worth seeing. Be prepared for some fairly dark sights, including dank, dismal cells, iron stocks, upsetting photographs and, in the last 'gallery', the chilling presence of a guillotine used to execute some untold number of inmates.