Search for a company in Vietnam
Advertisment 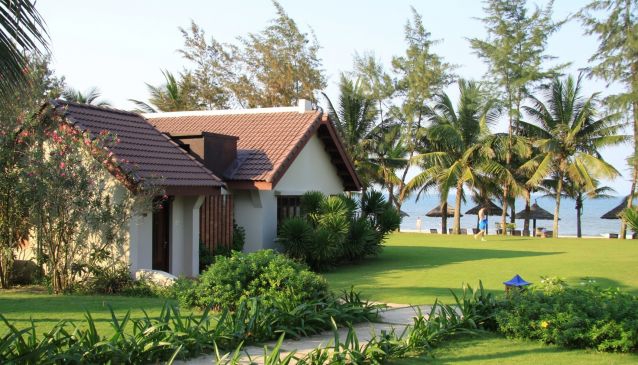 Set on 5 hectares of landscaped tropical garden in an enviable beach location, Palm Garden Beach Resort and Spa Hoi An offers a green environment with over 400 species of palm trees and plants right along a 220-meter stretch of the famous Cua Dai Beach in the UNESCO-recognized World Heritage Site of Hoi An Ancient City. Influenced by its remarkable local culture and people, the resort offers a touch of Hoi An's traditional architectural design combined with a taste of modern luxury.

As Hoi An city's most glamorous and indulgent retreat, Palm Garden Beach Resort and Spa has won many accolades including Luxury Resort of the Year 2015 of The Luxury Travel Guide Awards, TopHotel 2014 of www.HolidayCheck.com, Luxury Family All-inclusive Resort 2013 & Luxury Beach Resort 2012 & 2014 by the World Luxury Hotel Awards, The Tripadvisor Certificate of Excellence 2011-2012-2013-2014, The Excellence Performance by Vietnam Economic Times & the Guide magazine for eight consecutive years since 2006, the Green Hotel Standard 2010-2011 by ASEAN.

The resort takes great pride in serving international events such as APEC Summit in 2006, ASEAN Summit in 2007, Miss Universe in 2008, ASEAN Seminar and Miss Earth in 2010.

This confirms its position as one of the most luxurious and pampering places to stay in Vietnam.